The Classic Works of Thomas Hardy: Tess of the D'Urbervilles, The Mayor of Casterbridge and Far From the Madding Crowd

Dealing with themes of determinism and inescapable fate, Thomas Hardy's novels are also reknowned for depicting the intimate relationship between character and the environment. Unflinchingly honest in portraying characters and their fortunes, Hardy depicts life with all its harsh realities. Tess of the D'Urbervilles received negative reviews when first published in 1891. Originally criticised as being too pessimistic, it is now regarded as a classic. The story of Tess's painful journey from girl to woman and her traumatic relationships with Alec D'Urberville and Angel Clare, is presided over by the unwavering hand of justice. The Major of Casterbridge recounts the life of Michael Henchard as he reaches the pinnacle of power, self esteem and self-satisfaction, only to lose it through folly and bad luck. The emotional rise and fall of Henchard is described with the greatest insight and sensitivity. Far from the Madding Crowd is the first of Hardy's Wessex tales. It relates the story of Bathsheba Everdene and the men who love her. Set against the farming community, tragedy and love unfold alongside the continual struggle of rural life. 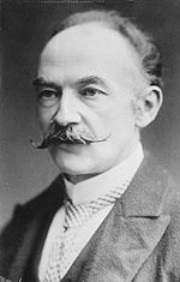 Tess of the d'Urbervilles: A Pure Wom...

Tess of the d'Urbervilles

Far From the Madding Crowd