Summer and the City

Meet teenage Carrie Bradshaw as she hits the bright lights, big city of New York for the very first time! Find out how Carrie transforms from country girl to super-cool fashionista in the second explosive CARRIE DIARIES novel from the globally bestselling author of SEX AND THE CITY. Summer is a magical time in New York City and Carrie is in love with all of it - the crazy characters in her neighbourhood, the vintage-clothing boutiques, the wild parties and the glamorous man who has swept her off her feet. Best of all, she's finally in a real writing class, taking her first steps toward fulfilling her dream. This sequel to THE CARRIE DIARIES brings surprising revelations as Carrie learns to navigate her way around the Big Apple, going from being a country "sparrow" - as Samantha Jones dubs her - to the person she always wanted to be. But as it becomes increasingly difficult to reconcile her past with her future, Carrie realises that making it in New York is much more complicated than she ever imagined. With her signature wit and sparkling humour, Candace Bushnell reveals the irresistible story of how Carrie met Samantha and Miranda, and what turned a small-town girl into one of the New York City's most unforgettable icons, Carrie Bradshaw.

Candace Bushnell is the best-selling author of 'Sex and the City, - the global phenomenon that began as a column in the New York Observer and went on to become an HBO cult hit TV series, best-selling novel and a box office smash in 2008 (with a sequel currently being filmed for release May 2010). She is married and lives in Manhattan 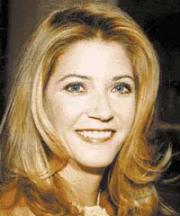